Meritocracy? Might want to re-think how you define merit. 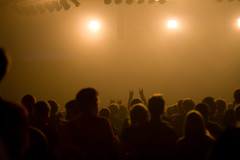 You might think if you put together a lot of smart people, you’d get a smart group, but new research into group intelligence shows that’s not always the case. (For those of you who don’t have access to online journal subscriptions through your local library or university, there are more details in the Carnegie Mellon University press release.)

What we found is that the intelligence of the team members was not significantly related to the collective intelligence, either positively or negatively.

Our first observation and the one that surprised us the most was that the proportion of females in the group seemed to be strongly predictive of the collective intelligence of the group.

However, when they looked more closely they realised that it wasn’t the gender that mattered, but rather the social sensitivity of the group members (previous studies had shown that women tend to score more highly in social sensitivity).

It’s not the intelligence of the group members that matters; it’s their social sensitivity.

This scientific research is potentially a big blow to the standard “meritocracy works” theory often espoused in open source and computing groups. Standard meritocracy rules say you do clever things and you get accepted, and this will make for perfectly good teams. But given that there’s often bias that dismisses “soft skills,” it turns out that folk may actually be using typical geek meritocracy rules to weed out some of the people we need to make the group most effective as a whole.

Some of my female colleagues would like to conclude that you simply just need to hire more women. While that might be easier, what it really suggests is that you need to pay attention to what people refer to as these “softer skills” and thinking about who’s going to be a good team player, not necessarily focused solely on individual achievement, individual accomplishments.

So if you want to claim that the best way to build tech teams is meritocracy… you might want to think more carefully about how you define merit. 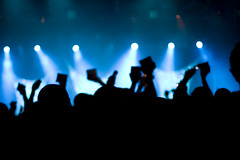 The quotes in this article are drawn from Bob McDonald’s conversation with Dr. Anita Williams Woolley, the lead author, on the Quirks and Quarks interview aired October 9. You can download the podcast of the segment on collective intelligence here.